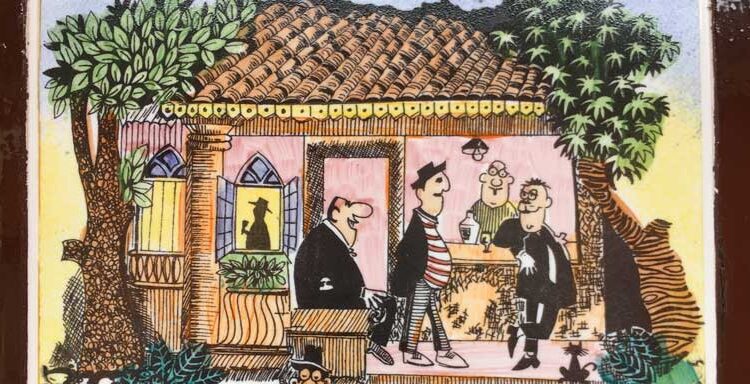 Speed has been a big selling point for .NET 7. Stephen Toub has written an extremely lengthy and detailed article back in August 2022 about all the performance improvements that went into it. And it’s ridiculously easy to take advantage of the speed boost in your own applications. In most cases, it only requires recompiling your project to target the new runtime. Developers who don’t make the switch are leaving a lot of performance gains on the table. I took some effort to measure the speed improvements by running some benchmarks on my own projects.

Shades is a .NET port of the Python module of the same name, for creating generative art. The module was originally authored by Ben Rutter. The library operates by decomposing any drawing operation, no matter how complex, into a series of single-pixel modifications, executed one at a time, across the entire bitmap. To draw a line, the library first calculates every pixel that makes the line, then iterates through that list to compute its colour value, and making a discrete set pixel call for it. Drawing primitive shapes using solid colours is delegated to the much faster SkiaSharp library. But all the more advanced effects which have no equivalent operation in SkiaSharp have to be done with custom routines.

So of course it is slow. And anything that makes it go faster is a welcome improvement.

For this exercise, I chose the PixelsInsideEdge method, which operates on the coordinates that make up the outer edge of a shape, and identifies the pixels that fall within that boundary. It uses a simplified implementation of a ray-casting algorithm to determine whether a point is within the shape boundary or falls outside of it.

It was executed on a circular shape having a radius of 2048 pixels. This method identified 12869 points enclosed within its boundary. The location of the shape on the canvas had no effect. Negative coordinates were also calculated and stored in the result. The benchmark only ran the geometric computations. It did not perform any modifications on the image itself.

The results of this benchmark are shown below.

The height of the image was restricted to minimise the amount of empty pixels being pushed during the test. Time elapsed was measured with an instance of System.Diagnostics.Stopwatch. Each test was first run 5 times to warm up the JIT and allow the progressive compiler to thoroughly kick in and optimise the code. The results of these warm-up tests were discarded. Then 3 further iterations were run, and the fastest result was considered for comparison.

This wasn’t quite as stark an improvement as a standalone microbenchmark. A single method being executed in quick succession has vastly different performance characteristics from a complete application. This benchmark also saved the frame to disk, which adds an I/O penalty. As expected, smaller data sets showed minimal variation. The numbers started diverging as the magnitude of data increased.

Based on the standard benchmarks, .NET 5 and 6 show similar performance. With .NET 5 now out of support, and .NET 7 being earmarked as a short-term support release, developers are likely to upgrade to .NET 6 instead of .NET 7. And .NET 6 has an additional 6 months of support over .NET 7. There are many customers who would accept the tradeoff of slower runtime execution for longer official support. If your application is performance sensitive, it’s a no-brainer that you must move to .NET 7. But even otherwise, if you can risk the shorter support cycle (and .NET 8 will certainly be released by then), it may be a worthwhile investment to consider targeting your application for .NET 7 instead.